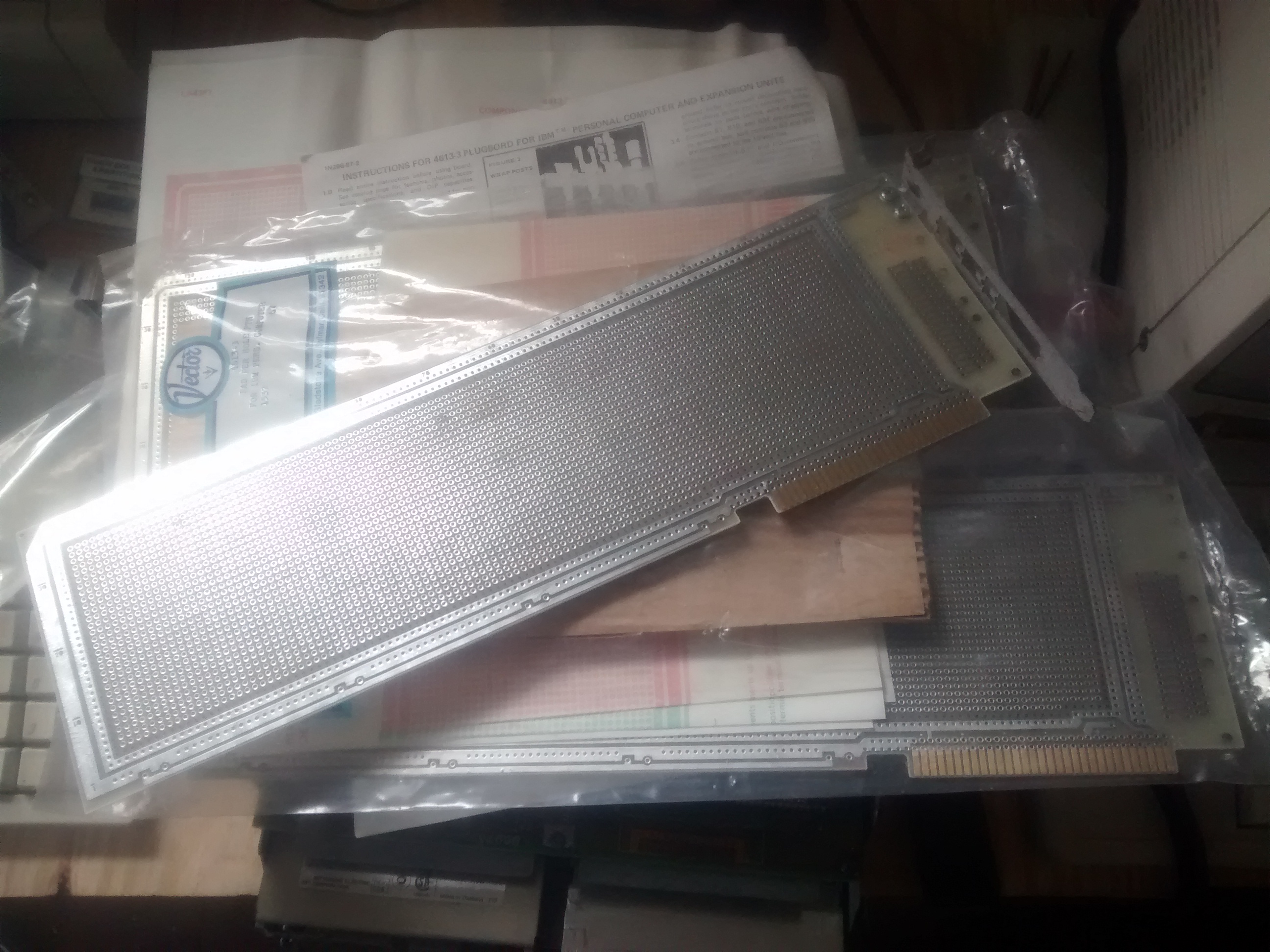 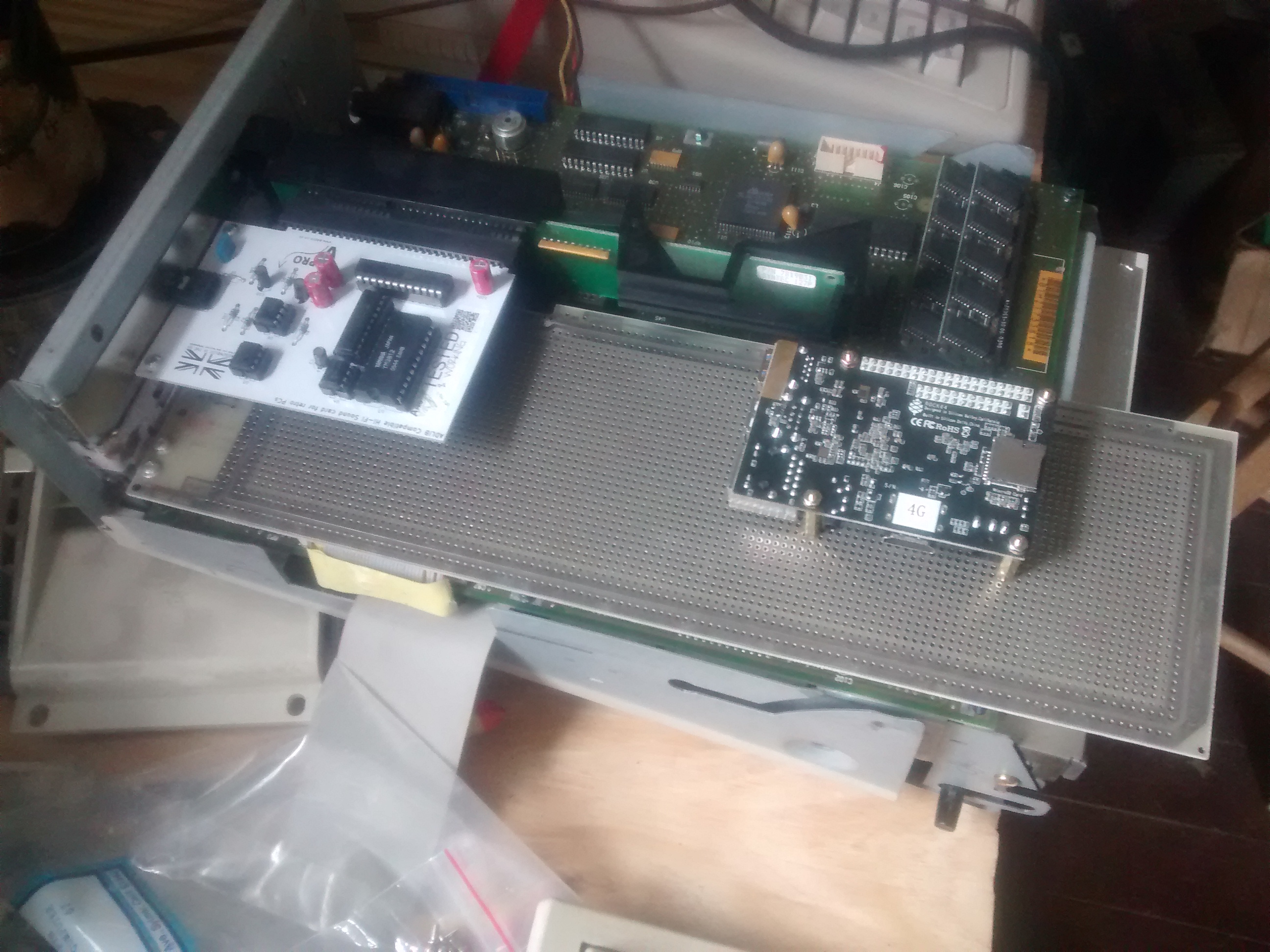 The thing only has 2 ISA slots, and it's somewhat annoying to have a ribbon cable with an external backplane hanging out of it. One slot has to contain an Ad Lib card, so I really only have one slot available.

So the idea is to combine the RAM expansion and hard drive interface onto one card, and also interface to a Raspberry Pi GPIO header via an 8255. An analog switch chip or two and a solid state relay will allow the contraption to switch the built-in CRT between the Model 25's video and the rPi, as well as allow the PS/2 to power the Pi up and down. On the DOS side, I'll hack up a program to make the 8255 power up the Pi and switch the video over to it. Once the Pi is booted, the program running on DOS will read keyboard and mouse events and transfer to them to the Pi through the 8255. A daemon running on the Pi will then inject those events into the Linux kernel, as if they were being generated by actually-connected input peripherals. A more advanced project would be writing a userspace filesystem driver to let the Pi access the PS/2's disk drives, but that is awfully complicated and something to do Later(tm). A DOS packet-driver bridged to the Pi could also be a possibility.

This will allow me to have a vintage Model 25 that's really a Model 25, not just a shell with a modern system hidden in it. I can play DOS games on the real hardware, at least the ones it supports. But when I want to play 386 protected mode stuff, Amiga stuff, or whatever, I'll be able to execute a command to fire up the Pi and do stuff under emulation that the PS/2 could never do on its own.

I know, it's kind of a silly and backwards idea, but I think it will be interesting. :3 .... As soon as I manage to finish some other projects and get started on it, haha.

I 'spect an aux power supply for the Pi will have to go somewhere, too.... Probably plug in through the card bracket or something, and then power the Pi over the GPIO header, even though there's no fuse in-line that way.
Last edited: Oct 26, 2019