Working on Sweeter16 for the CX16

I don't even have the CX16 emulator installed yet, and yet continue plugging away at getting stuff up and running for it.

David Murray mentioned Steve Wozniak's Sweet16 virtual machine. But while the code is widely available, is still IS copyright Apple. Also, it has far from the most effective VM model, since it heavily prioritizes code-space over operating speed.

So two to three weeks ago, I started working on a fresh implementation of a new Virtual Machine to execute Sweet16 code, based on a JMP(abs,X) execution model and direct callback jumps and branches rather than a "LP: JSR DOTOKEN: JMP LP" model. At the cost of some code-space, I figured I could trim over 2/3 of the VM engine overhead. The parser has much less that can be squeezed out, but I squeeze a little more out in the version that uses a page-table to parse the high nybble without requiring a save/restore or fresh read of the opcode for the bottom nybble.

It's certainly far from bug free, but today it passed the first three test routines I threw together for it, and since I have some other things to do for the next day or to, I decided to put it up on GitHub and make it available to others to bang on.

It's CC0, so feel free to share in other places (eg, 6502.org) if you want to gather feedback from further afield.

I don't have assembled CX16 binaries, but I do have binaries assembled to $CC00 in the C64 Golden Page ... since at present I am testing it via VICE emulation of the SuperCPU (xscpu.exe).

I should note that it adds three new instructions, where Woz's version has NULL's: ADJ0 and ADJS to add the sign-extended 8bit offset to the accumulator and stack index, and CALL to call a 65c02 machine language routine with the address in Register 11 (Since R15 is IP, R14 is Status, R13 is the comparison result register and R12 is the stack index).

All three are relatively cheap instructions ... the first two just requires the signed offset in the BR instruction to be X-indexed, and then enter that routine after the point where X is pointed at the IP register, and the last one is just: "JSR +: JMP BR: + JMP(R11)". I am free to add them because I am not tied to a single page for the start, but they have to have a low codespace cost, because I have a self-imposed limit of 2 pages for the smaller version and 3 pages for the bigger version.

Thank you for doing this. I'm going to dive in and see if I can grok it. It would be nice if some version of Sweet16 made it into the X16 ROM.

Since I do have the X16 emulator, I can try it out there and see what happens.

Something to think about: there are "virtual registers" R0-R15 in the X16 already, starting at 0x02, to support the X16 ABI.


And hey -- what are the benefits of the 3-page version versus the 2-page version? Ah, you said there's a modest speed gain. How much is modest?? I tend to feel that any speed-up is worth 256 bytes on the X16.

So if I understand this, Bruce, this extends the 6502's opcodes by adding additional psuedo-operations that can be executed inline?

I'd love to see a more detailed manual on the use of the S16 opcodes, along with some example code. If you can get this include into the CX16 kernel, then it will also give us a nice set of options for 16-bit math. Most importantly, it will give us a common pattern to work from - not to mention a way to smoothly transition to a math coprocessor, if someone choose to build one in the future.

I'm also going to drop a forwarding link over in the Commodore 64 section, since this is technically a Commodore 64 program at the moment (until you get it running on the Commander.)
B

TomXP411 said:
So if I understand this, Bruce, this extends the 6502's opcodes by adding additional psuedo-operations that can be executed inline?
Click to expand...

... then yes, that would be up to 128 extended op codes if you wish. In that case, the it would be:
CALL 1,extendedop

... or more than 1, if the extendedop took embedded data:

rje said:
And hey -- what are the benefits of the 3-page version versus the 2-page version? Ah, you said there's a modest speed gain. How much is modest?? I tend to feel that any speed-up is worth 256 bytes on the X16.
Click to expand...

Parsing a main operation in the original approach (but the 65c02 opcodes and X indexed execution, for fair comparison) is something like:
LDA (IP)
TAY
AND #$F0
BEQ BRANCH
LSR
LSR
LSR
TAX
TYA
AND #$0F
ASL
STA STATUS
; +28 clocks?

So I think about 5 clocks .. mostly because the tabled parse is non-destructive ... but it's the instruction dispatch, so it occurs for every Sweet16 instruction.

rje said:
Thank you for doing this. I'm going to dive in and see if I can grok it. It would be nice if some version of Sweet16 made it into the X16 ROM.
Click to expand...

That's exactly where I put the Sweeter16 virtual registers.

It's version 0.0.x ... any naming feedback/suggestions accepted! Better names for ADJ0 and ADJS, for instance.

I hesitate to call the 3 page version Swift16 VERSUS the 2 page version ... I thought it would be a bigger speed improvement when I came up with it. But maybe Swift16 for the whole VM with the X-indexed jump. "Sweeter16" is a bit cheeky, but I don't think Woz would mind.
B

TomXP411 said:
I'd love to see a more detailed manual on the use of the S16 opcodes, along with some example code.
Click to expand...

I have Woz's 1977 Byte article, but I am trying to be scrupulous about copyright with this repository, so I can only include that by reference. I do have the start of an operation table now up in the main branch. Anyone who has copyright OK to distribute explanatory material, feel free to do a pull request.

I'll leave it to someone smarter at ACME macros than me to define ACME macros for it, and since so many are using the cc65 assembler, macros for that assembler will also be needed.
R

BruceMcF said:
I have Woz's 1977 Byte article, but I am trying to be scrupulous about copyright with this repository, so I can only include that by reference.
Click to expand...

And in particular, this old web page on 6502.org on how to port Sweet16 is very helpful:

Sweet 16 is a 16-bit pseudo-microprocessor implemented in 6502 assembly language.
www.6502.org

While writing Apple BASIC, I ran into the problem of manipulating the 16 bit pointer data and its arithmetic in an 8 bit machine...

SWEET16 should be employed only when code is at a premium or execution is not. As an example of her usefulness, I have estimated that about 1K byte could be weeded out of my 5K byte Apple-II BASIC interpreter with no observable performance degradation by selectively applying SWEET16.
Click to expand...

Theoretically, then, if Commodore BASIC were re-engineered by some nutjob who's particular insanity is BASIC interpreters, then Bruce's variation on SWEET16 would be something to look at.

If I can get copyright permission for anything in that set, I will happily include it ... otherwise I will refer to it by link.

I have a couple of bug fixes done today, so they are now committed to the main branch. I've now exercised most of the register ops and the main logic for the branch ops, so when I get test code up for any register op I may have missed and for the branches other than BNZ, and fix any problems that may show up, my work on the main code will be pretty much done and I can look at getting the NMOS version done.
B

By the way, look in the development branch for the most recent SweetCX16 file and binary. The version assembled to $CC00 for the SuperCPU C64 emulator seems to work, so this should be good to go. You can trim off the sample Sweet16 code and put your own there, you'll have a little over 256 bytes in the Golden RAM to play with. https://github.com/BruceMcF/Sweeter16/tree/development
B

OK, the NMOS version for the C64 and the 65C816 versions have both passed the (rudimentory) test code I wrote, so I've merged it back into the main branch. I'll leave it there for anyone to pick up who wants it. 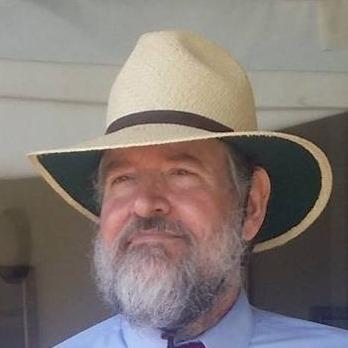